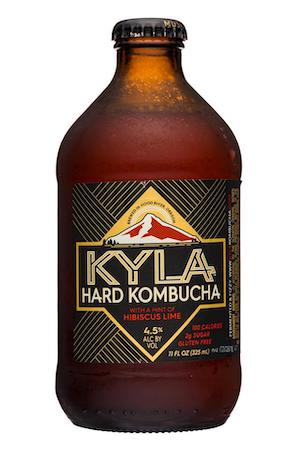 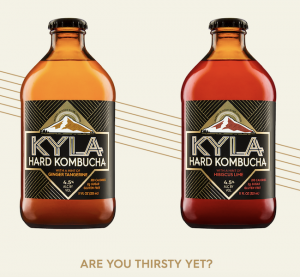 I love beer, and I love Kombucha, so having them infused is like adding bacon to a cheeseburger patty. What an amazing combo, but you gotta be into Kombucha or chances are you won’t like it. Kombucha is cool, it’s a naturally fermented tea that has a ton of health benefits when consumed, which means I can officially say it’s healthy for me to get drunk! As I have gotten older I prefer to drink stronger brews and less volume. I prefer 5 beers at 9% vs a 12 pack of Bud Light, but that’s just where I am these days, and there is a time and a place for both of those scenarios. With Kombucha it’s a similar situation, there are some nice 9 percenters out there, and there are some enjoyable 4.5% brews that require a few more to get the job done. That being said, these are my two favorite Kombucha beers that are currently on the shelves at your local beer joint. I can’t seem to find these in a normal grocery store, I have better luck getting a growler filled at Whole Foods and Sprouts style markets. So check your local market for these beers and you will be thanking me later.

This brew is the stronger of the two I like. It has a strong hint of Ginger and registers about 8% on the Richter scale. Down about four of these and the earth beneath your feet will begin to quake, trust me, been there. Even though it’s 8%, it drinks like a Kombucha which makes it dangerous to consume. You can easily forget that your sucking down an 8% bottle and it will creep up on you pretty quick. It has a cool effervescent sparkly thing going on and pours down the gullet with ease. No complaints from me on this brew, seriously, I enjoy the heck out of it and would recommend it to anyone looking to try a Kombucha beer. Plus for those that care, this brew is gluten free.

It was a random sequence of events that lead me to my first encounter with a KYLA hard kombucha. It was football season 2018 and the playoffs were on. I had a buddy and his fam cruising over to watch a game and he asked if I needed anything. Of course the ice chest was packed to the max, but I always like alcoholic surprises, so I said surprise me. They came through the door that day with a 6 pack of the KYLA hibiscus lime brew and offered it to me. I was really in a Mother Road IPA mood and wasn’t feeling the kombucha choice initially, mostly I was just being a bit of dick because it was the 2nd quarter and my team was losing. I polished off the IPA I was drinking and decided to try out this KYLA brew. Well, I’m glad my dick-headedness was short lived, because I was pleasantly surprised by it’s great flavor. It was quite a transition from an IPA to the KYLA but it only took a couple of sips and I was sold. It almost felt like a pallet cleanser, it had a real clean taste and was easy to drink. The alcohol percentage was a little low for my liking, but knock down 6 of them and they do the trick. This is probably my favorite Kombucha beer at the moment, and only beating Unity because of how flavorful it is. This brew is definitely worth finding, purchasing, and consuming! These guys are also brewing this out of Oregon, and I am a fan of the Pac West breweries, so there may be a connection here!

I brew a few batches of Kombucha every summer, but I have never made beer out of it. Kombucha is a crazy little drink, and if you have never tried it, it’s time. Making it is pretty easy, and there are starter kits you can buy to kick your first batch off with a quickness. If you are unfamiliar with the process, check it out sometime, the SCOBY is a strange blob of growth and has left my wife and kids fearful of kombucha consumption. The reality is that it’s probably the most healthy beverage they could drink, but it’s too damn weird for them to see brewing in the laundry room. I’ll give it some more time, they will come around.